Strategic insights delivered to you from our researchers

Our annual seminar shares the latest research and information from UGA faculty to help farmers and agribusinesses in Georgia's No. 1 industry. Download the 2023 report to get a detailed overview of more than a dozen agricultural sectors, published by UGA economists and collaborators.
Download the 2023 report
About the Forecast
The University of Georgia, the state’s land-grant and flagship institution, is committed to sharing the latest economic projections for U.S. and state agriculture to guide farmers and agribusinesses. CAES economists provide an outlook of agricultural markets for the coming year and keynote speakers focus on important and trending topics. 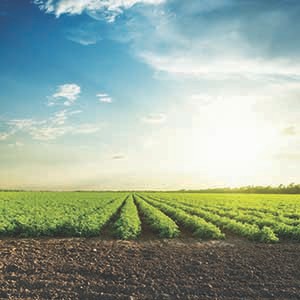 Download a copy of the report
2023 Georgia Ag Forecast
Get a detailed overview of more than a dozen agricultural sectors published by UGA economists and collaborators.

William Chambers was appointed Deputy Chairperson for USDA’s World Agricultural Outlook Board (WOAB) in 2021. He formerly served as the WAOB Chair for food grains. Chambers oversaw the preparation and release of USDA’s official supply and demand estimates pertaining to wheat and rice, which were released in the World Agricultural Supply and Demand (WASDE) report and other USDA publications. He also served ten years as a commodity and policy analyst with USDA's Farm Service Agency where he analyzed commodity markets, farm policies, new program proposals, and budget outlays. Chambers was an agricultural economist at ERS and researched a wide variety of issues affecting agricultural commodity markets. A native of Minnesota, he received his master's and doctorate degrees in agricultural economics from the University of Minnesota in 1995 and 1999.